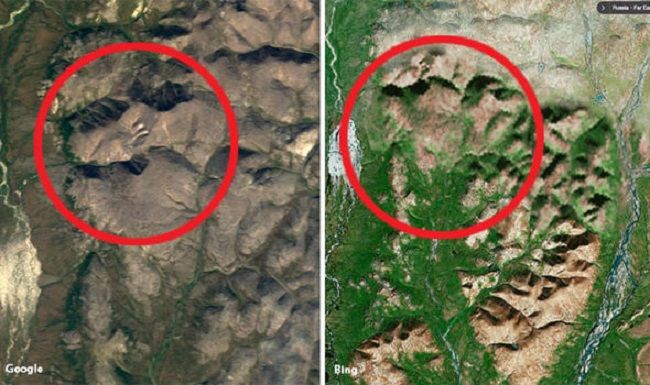 Chukotka, located in the Russian Federal region has an area which belongs to the wilderness and it has been totally blurred out by the Google maps. A fake satellite image has been rather pasted over that region to make people think that is normal. This area is allegedly known to be a HAARP Russian site which is actually a facility for testing of ICBM or it may be a gold mine.