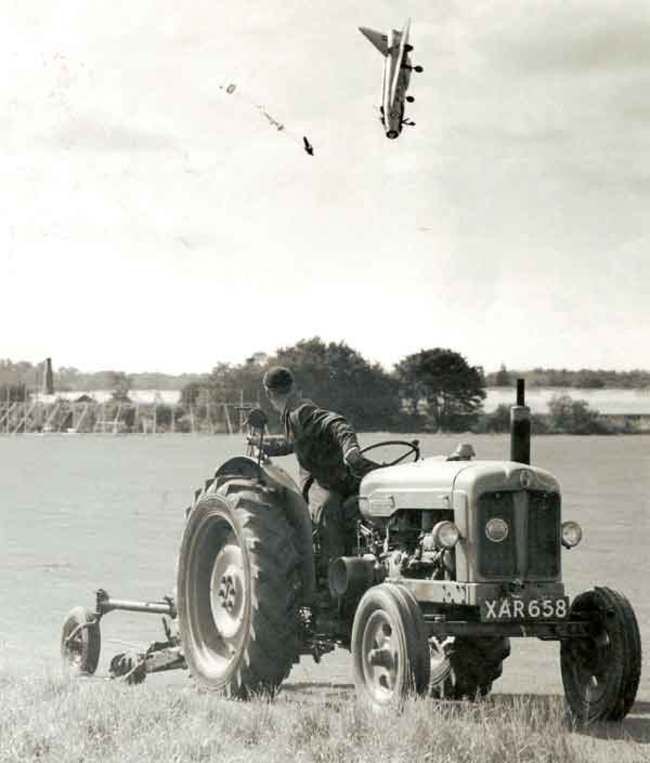 English test pilot, George Aird, barely escaping death by ejecting out of a prototype jet that nosedived into the ground. 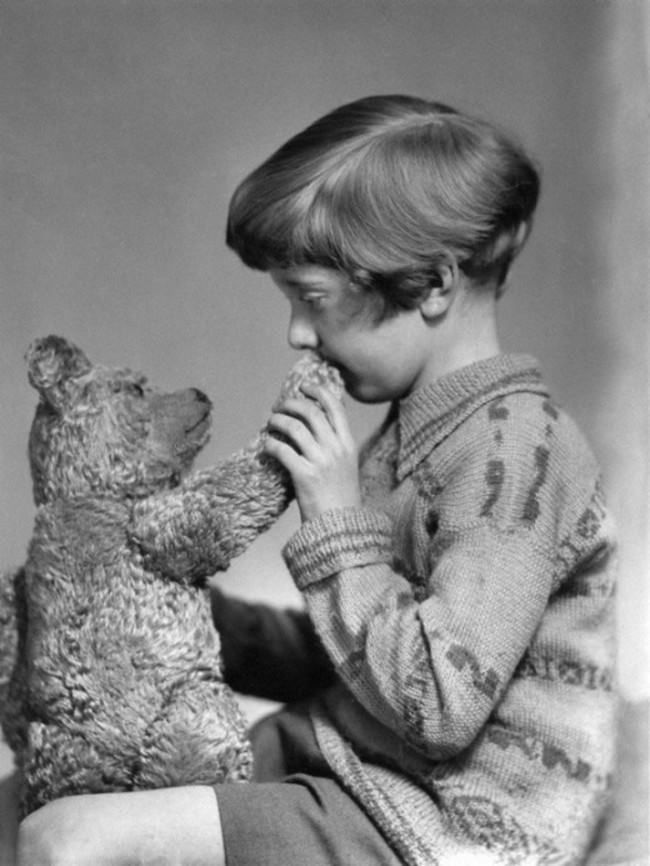 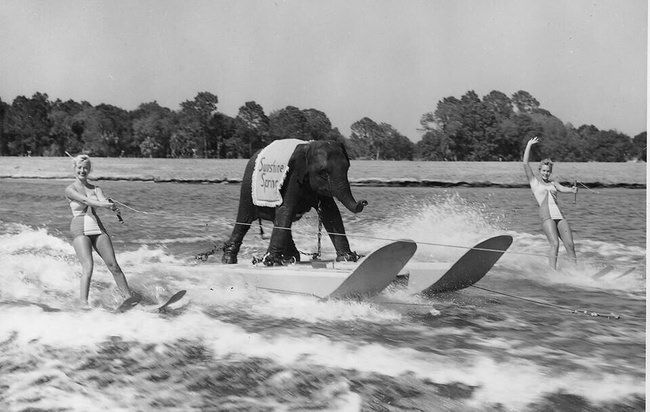 Queenie made history by becomming the first elephant to go water surfing. 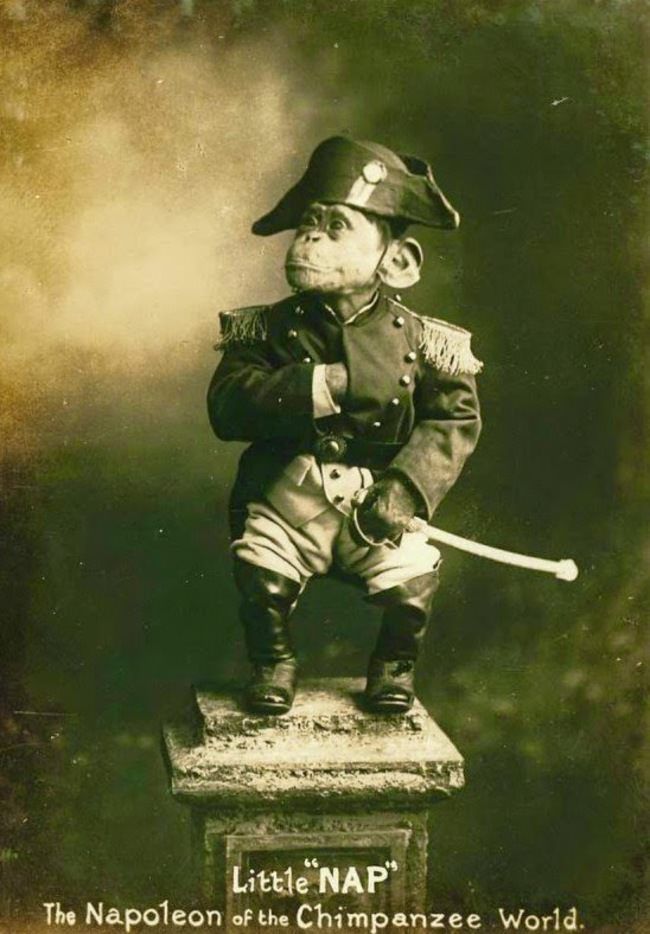 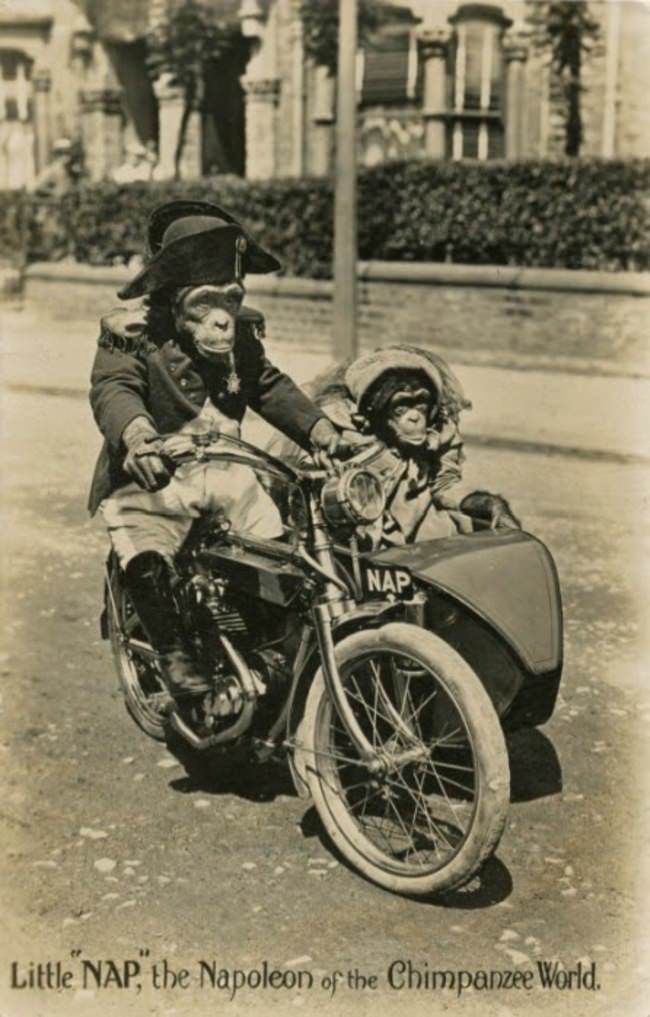 Little Nap became a very popular attraction for kids and people of all ages. 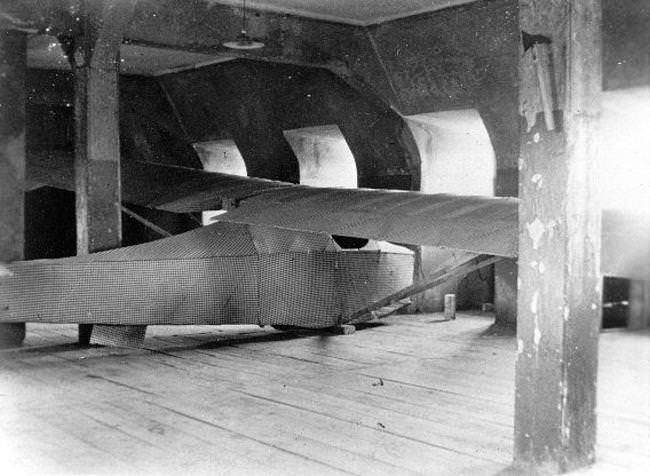 This British glider was actually constructed out of bed-sheets and floorboards! It was built by British prisoners of war trying to escape from a maximum security prison.