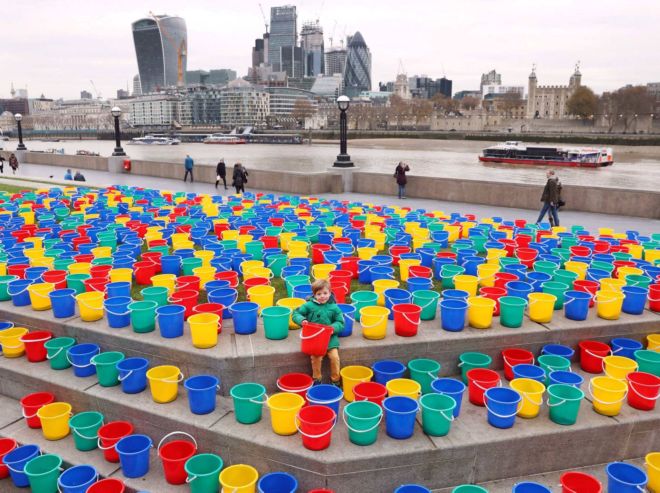 Eight hundred empty buckets were placed alongside the River Thames on Tuesday, as a tribute to the 800 children who die every day due to a lack of clean water and sanitation around the world. Each bucket would hold almost enough safe drinking water for a child for an entire week in places where water is of great shortage.

The charity stunt was staged by WaterAid, an international non-profit organization, to raise awareness about the problem of inadequate water supplies. The public are called on to donate 2 pounds (2.7 US dollars) as a Christmas gift over the festive period for kids who are struggling for clean water. 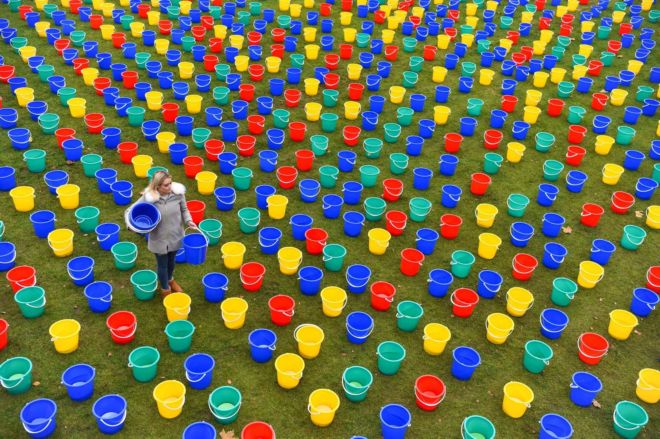 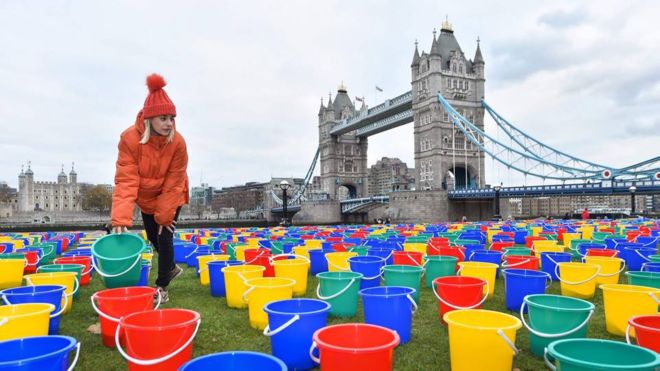 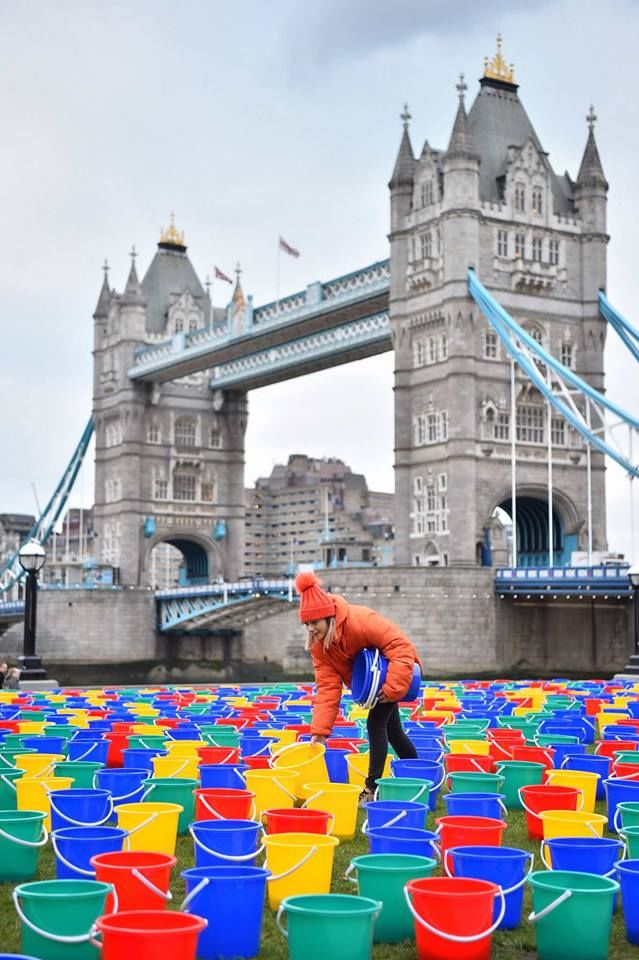