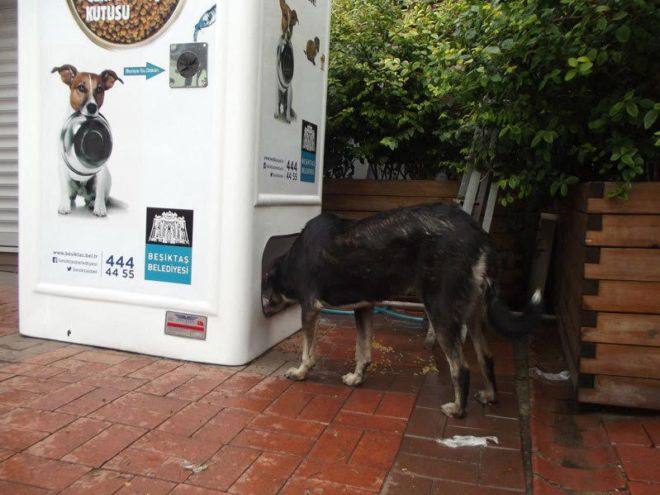 With roughly 14 million inhabitants, Istanbul, Turkey is one of the world’s largest cities. Living amongst the city dwellers is a swelling number of stray cats and dogs, with an estimated population of 150,000. The issue of stray animals is a polarizing topic in Turkey where any attempts by the Government to address the problem is met with strong opposition. 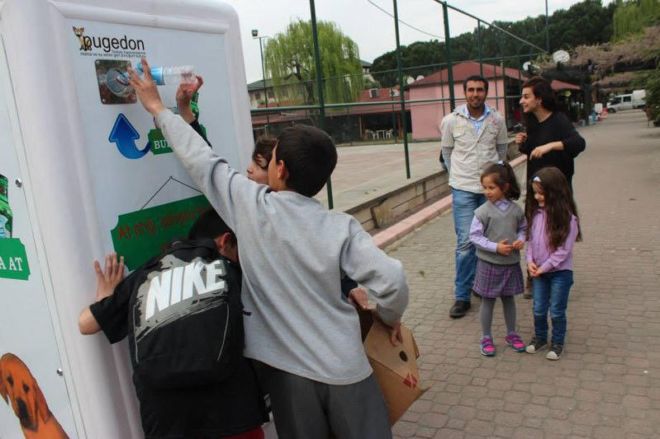 Animal smugglers only face a fine of a few hundred euros at worst, they continue to bring expensive pure-bred puppies and sell them to pet stores. People often buy the puppies from pet stores, and abandon them when they become too tough to handle. 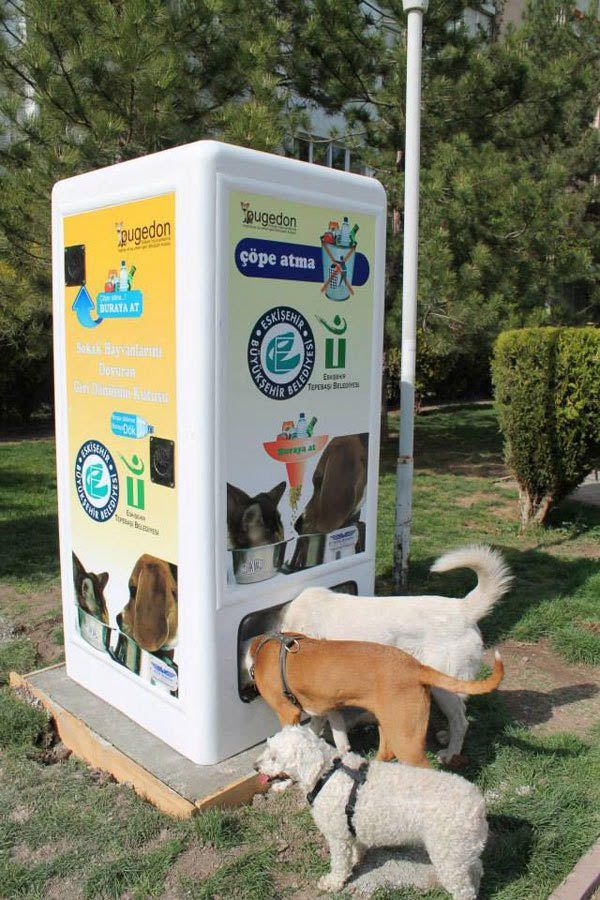 In the meantime, stray animals are starving to death. To help address this issue, a Turkish company named Pudgeon has introduced a vending machine that releases food and water in exchange for recycled plastic bottles. This not only encourages people to recycle and keep the streets clean, but raises awareness of the stray animals issue impacting the city.

Leftover water is collected and the money made from the recycled bottles is used to maintain the machines and purchase food. A growing number of the vending machines are appearing in communities and neighbourhoods around the city. 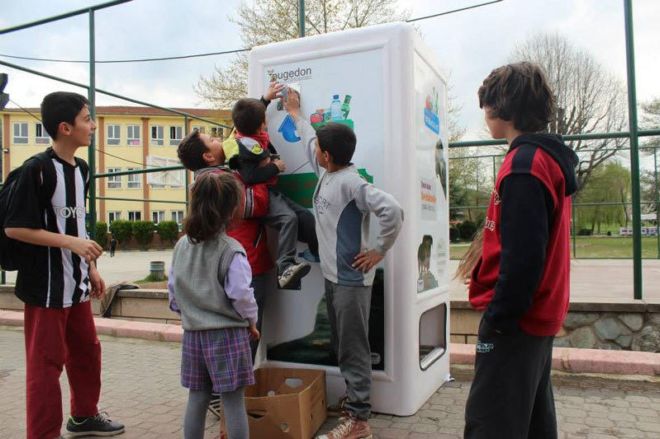 According to Big Think, ‘in 2012, the government drafted a law that would send city dogs to “wildlife parks” on city outskirts. The proposal outraged animal rights activists who referred to a brutal act of animal cruelty from 1910 when the city’s stray dogs were sent to an island and left there to eat themselves to death or die of hunger.’

“Whether we like it or not, we have to take responsibility and accept the fact that stray dogs and cats didn’t just appear one fine morning on our streets,” says Ahmet Senpolat, an Istanbul-based animal rights lawyer. 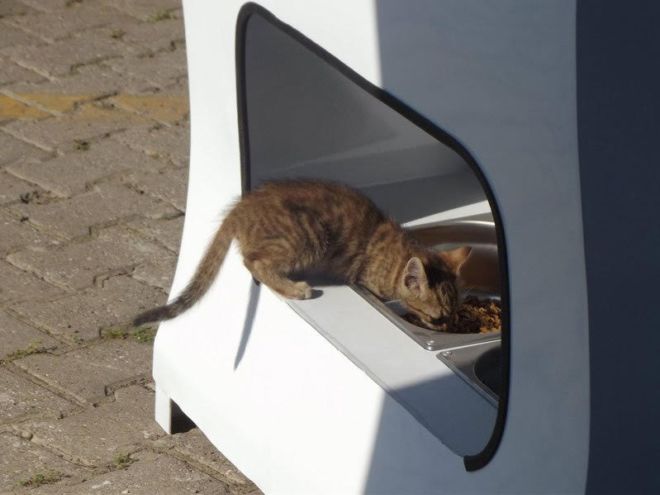 Ultimately, the vending machines are not a long term solution. However, the program not only encourages recycling but raises awareness of the issue and prompts citizens to pressure the government to address the underlying problems and figure out sustainable, long-term solutions. 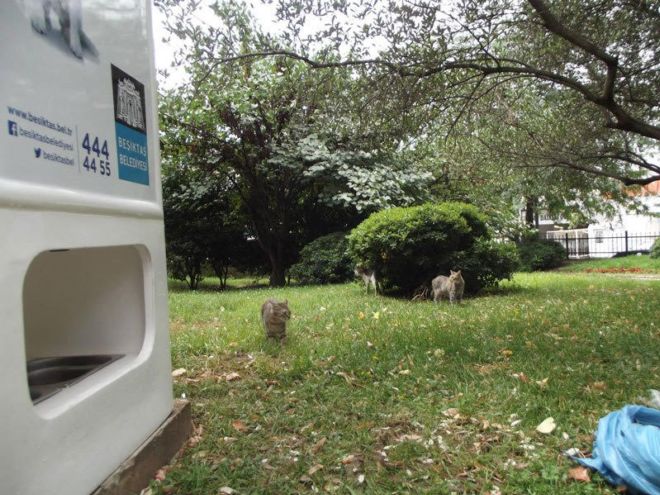