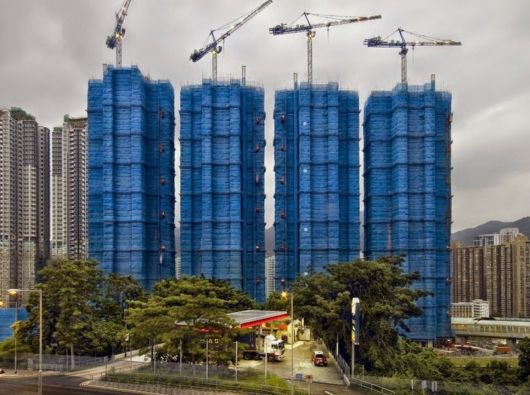 Photographer Peter Steinhauer?s drew attention to staying in Hong Kong, the appearance of bright multi-colored pillars in the midst of the gray mass of skyscrapers. Having studied the question carefully, the author has created a series of images. In his two Cocoons series, Steinhauer, who lived in Asia for near twenty years, beautifully captured the style of construction that is unique to Hong Kong in which the building is wrapped in silk fabric to prevent debris from falling onto the street and pedestrians below. It is noteworthy that it is not just the pillars of different colors. And even more interesting that these “pods” are used, both in the construction and dismantling at skyscrapers. Filmed an impressive selection of successful photos, Steinhauer decided to make a photo series, which so called “Cocoon”. According to the author, he had seen similar technology in Japan, but not for houses such heights that it is really impressive. 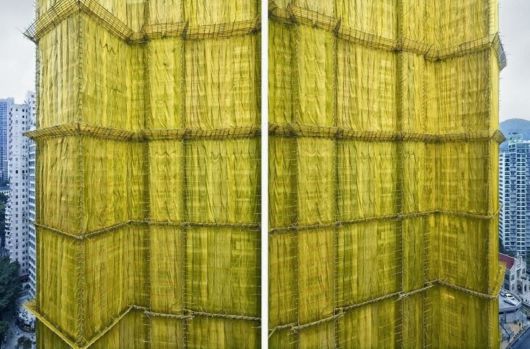 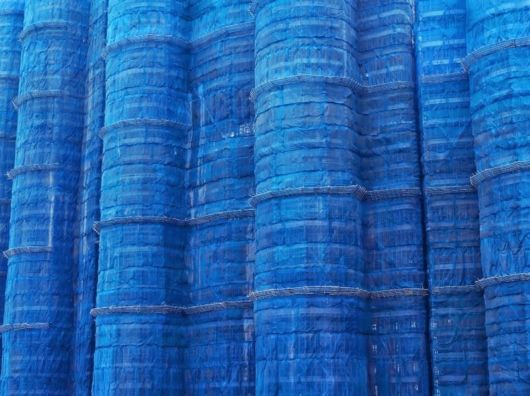 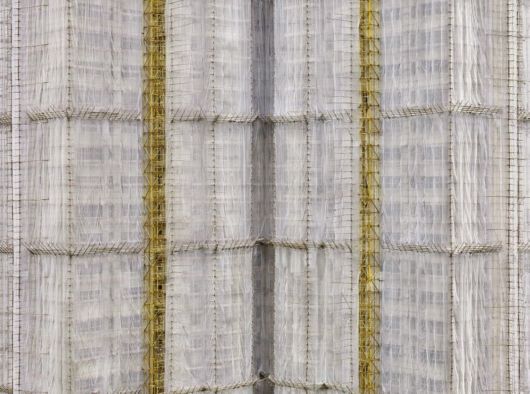 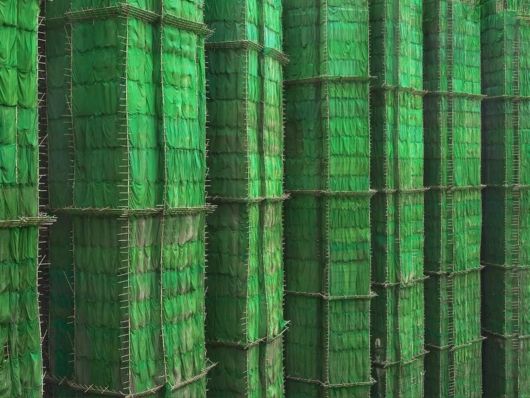 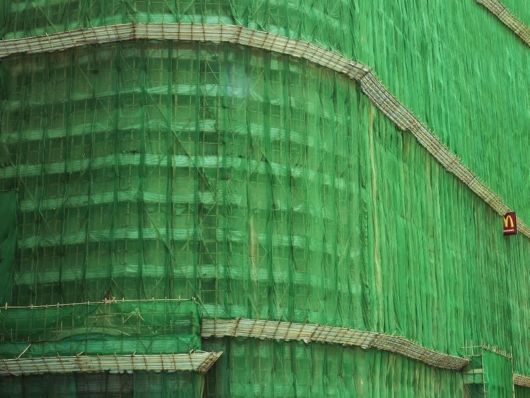 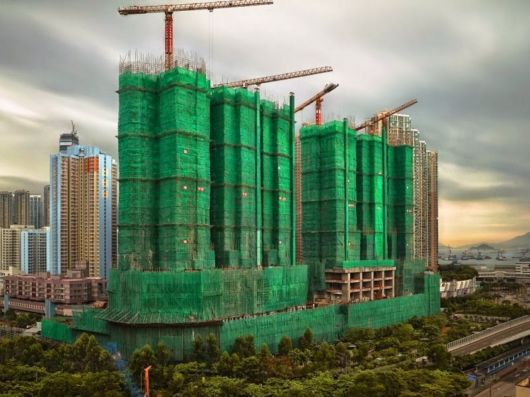 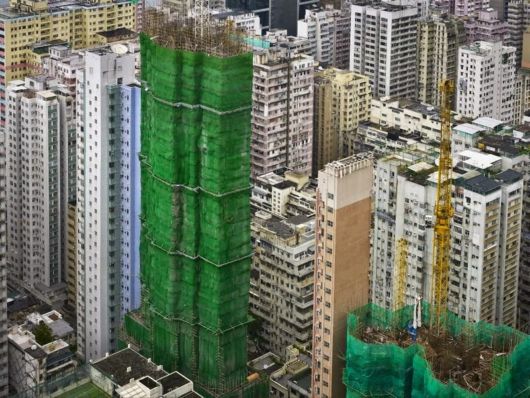 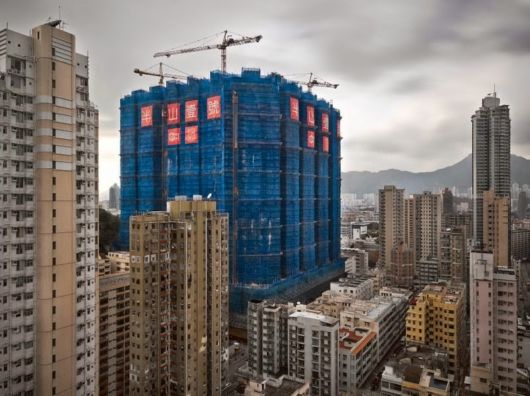 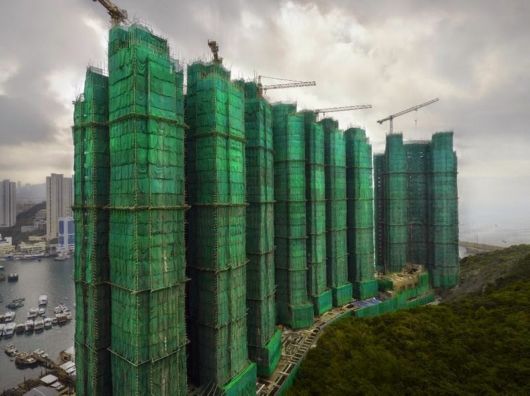