Check out these weird and unusual benches, from the pencil bench to a nail bench and even a newspaper bench! Very creative architecture. 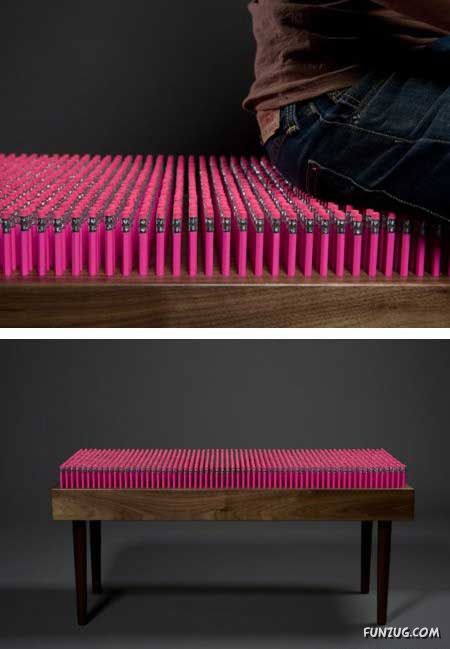 The seat is made up of 1,600 pencils which are individually sprung. Each pencil can be removed and used. Design by Boex 3D Creative Solutions. 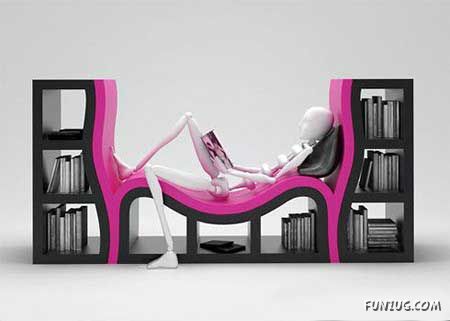 The ?Shelves with a Bench? was designed by Stanislav Katz, a designer from Latvia. 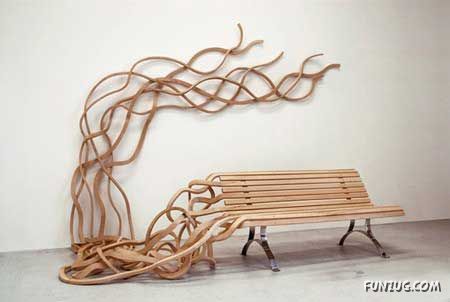 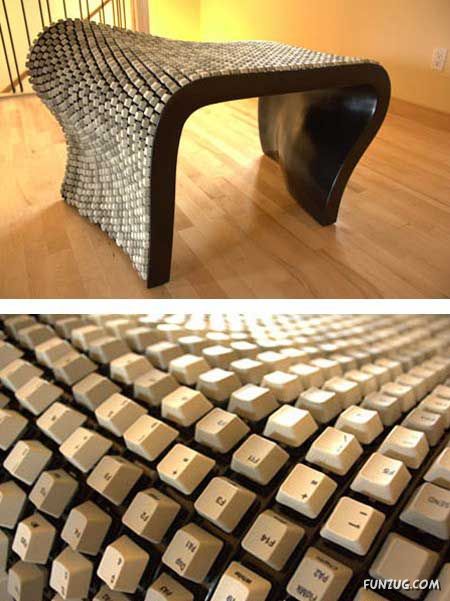 The Wolfgang keyboard bench is made up of 2,000 keys imbedded into a layered Baltic birch wood. Each key is pressable and actually makes a clicking sound when pressed. The tactile effect of the bench also makes a playful interaction with the bench because you engage with the piece of furniture in a very up close and intimate manner while pressing in the keys. 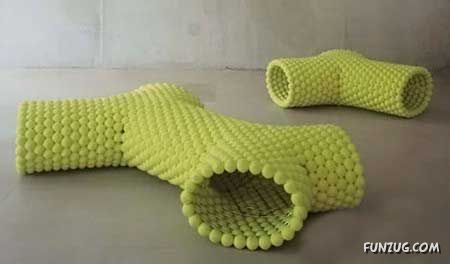 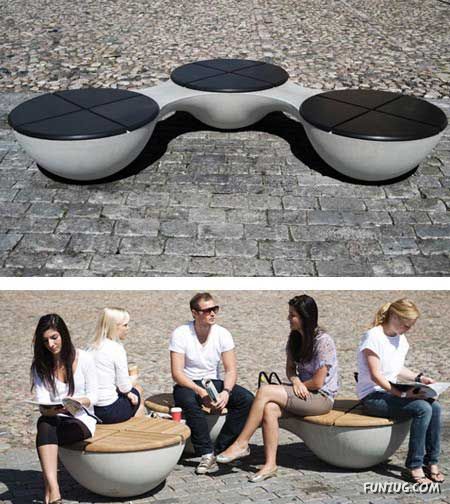 The union bench product is a contemporary seating design that significantly enhances the public and urban experience. With Union it is self-chosen, depending on the state of mind, whether one wants to interact with other or to be on its own. Design by ?I do design?. 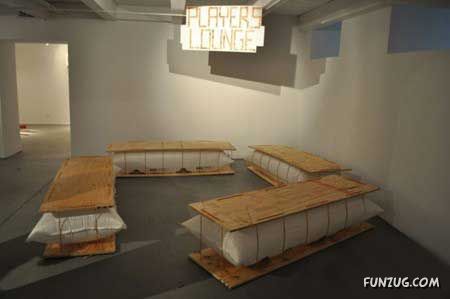 This furniture was created by an experimental and independent designers group called The Mighty Bearcats in Chicago for the 2010 NeoCon. 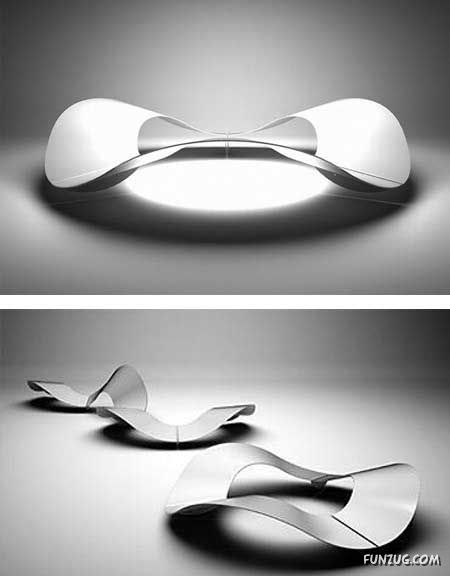 Benches with futuristic designs by Michael Bihain and Cédric Callewaert. 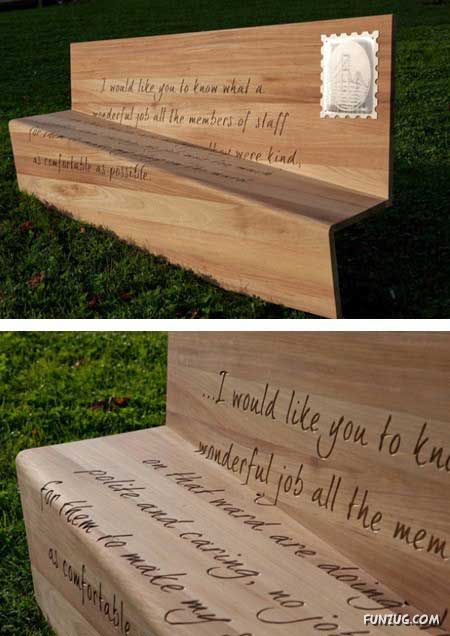 Located at a hospital in Bristol, this bench is a folded postcard inspired on an actual letter sent by a patient. The idea is to reassure new patients about the experience they will have during their stay. 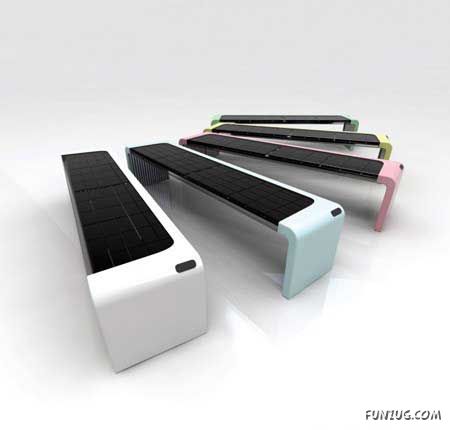 This is a new approach of thinking about what a bench is. While playing the traditional role, this bench becomes a WIFI hot-spot and night-lighting with the thin-film solar battery. Moreover, it is made out of aluminum and recycled plastic regard of eco-issue. 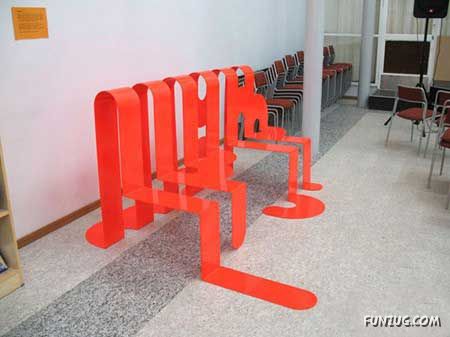 Creative bench designed by Peter Thuvander for the Conceptual Design Exhibition at the National Gallery in Stockholm. It pays homage to the typography industry and also comments ?on differences as a foundation for language and form.? Is a laser cut bench that forms the word ?muungano? which means union. A tag melted into an bench that dominates the room and with a strong visual impact. 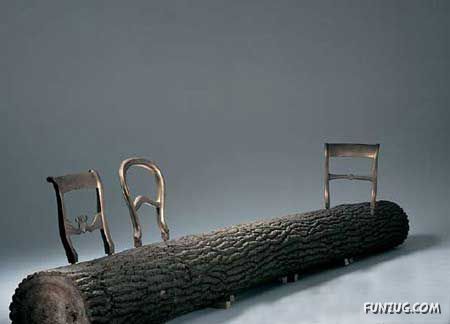 Old nature meets next nature in the design by Jurgen Bey. 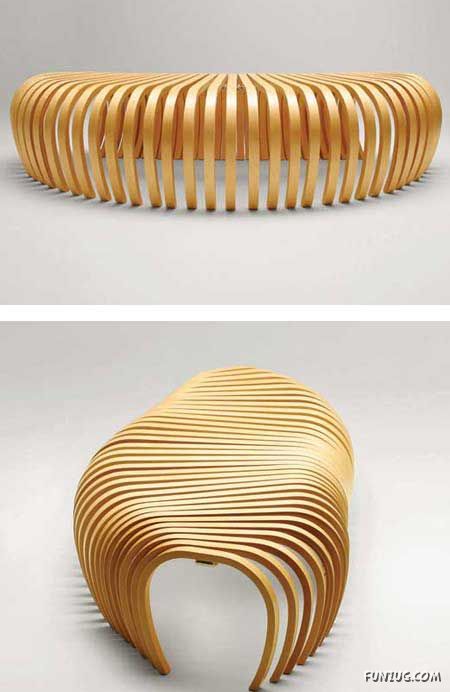 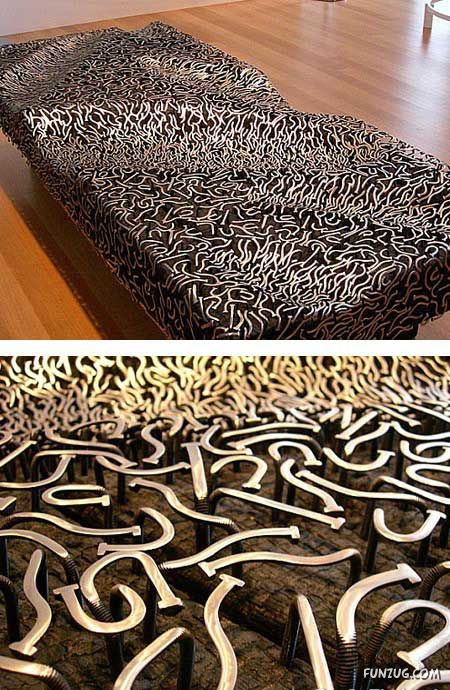 The artist Jay-Hyo Lee creates beautiful and pleasing benches from old nails that are hammered into the surface of natural wood. These nails are then bent to create patterns that evoke the ripples of water or currents of air. Once the hammering and designing job is complete, the artist grinds the nails, exposing raw silver metal to make sure that not even one nail is in a wrong position. 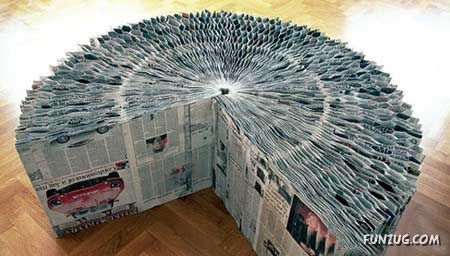 It’s not uncommon to have a stack of newspapers sitting around; but it took the ingenuity of designer Charles Kaisin to turn a pile of old news into durable bench.