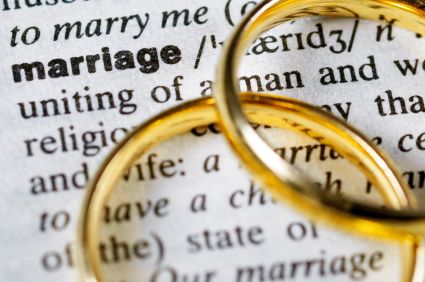 A new dictionary is soon to come out, defining some issues in marriage that people were curious about. Here are some of the definitions we thought we’d offer to include in it:

1. A man who has been able to avoid the opportunity of making some woman miserable.

2. A man who is said to be foot-loose and fiancee-free.

3. A man who never made the same mistake once.

4. A bad boy who has cheated some poor girl out of her alimony.

5. A person who believes in life, liberty, and the happiness of pursuit.

6. The only man who has never told a wife a lie.

A girl with great prospects of happiness behind her.

A nice little arrangement between husband and wife whereby they both fully agree to let her have her own way.

A man who is able to convince his wife that a fur coat would make her look fat.

A husband who holds the stepladder tightly so his wife doesn’t fall while she’s painting the ceiling.

A man who notices his wife dropping her knitting and immediately kicks it over to her so that she can pick it up.

What a wife without anyone noticing it until she doesn’t do it.

A man who has decided to give up privileges he never knew he had.

A guy who controls the house and everyone in it, and is allowed by his wife to say so.

A great little device which allows a wife to beat a husband to the draw.

An obsessive delusion easily cured by a wedding.

A woman who slowly destroys a man’s peace of mind by telling him what’s on hers.

Someone who will protect you, help you and help you solve all the problems you wouldn’t have had if you’d stayed single.

A partner who is always complaining that she doesn’t have a thing to wear at the exact same time she complains about not having enough room in the closet.