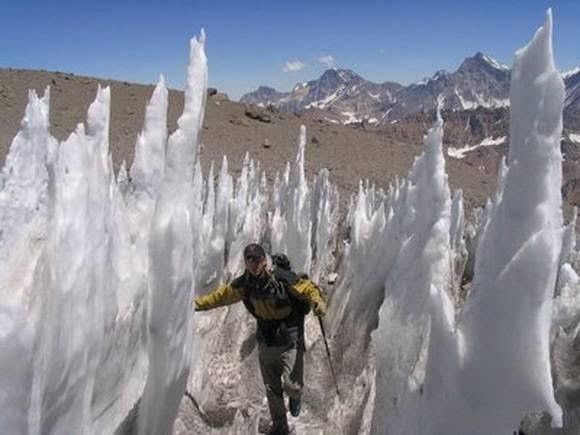 Kalgaspory this amazing ice spikes formed naturally on the high plains located in the Andean region, which rise more than 4000 meters above sea level. These pegs are called ice kalgaspory. They may be different from a few centimeters (resembling grass, creeping along the ground) to 5 meters (giving the impression of the ice forest). Their peaks are growing towards the sun. Kalgaspory slowly and gradually appear when the snow starts to melt from the first sunlight. 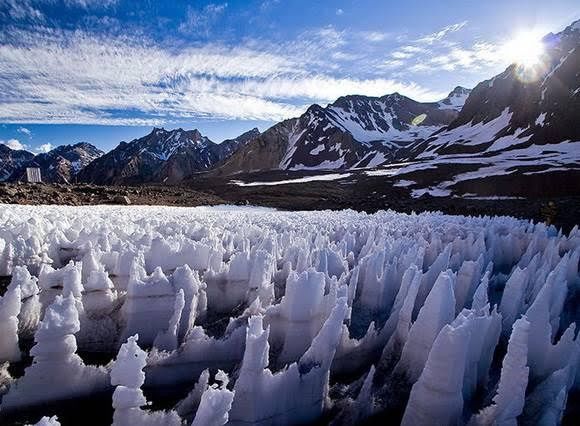 Andean peoples ascribe this phenomenon quickly winds blowing in the region, which is actually just part of the process. The wind is very limited role in the formation of these beautiful statues. As recent scientific observations: sunlight, served on ice, heats it, in fact, part of the light that hit the ice, playing a variety of reflections inside pieces of ice, which leads to non-uniform melting. Well, those parts of the ice that did not melt, generate statues of unusual shapes, known as kalgaspory.